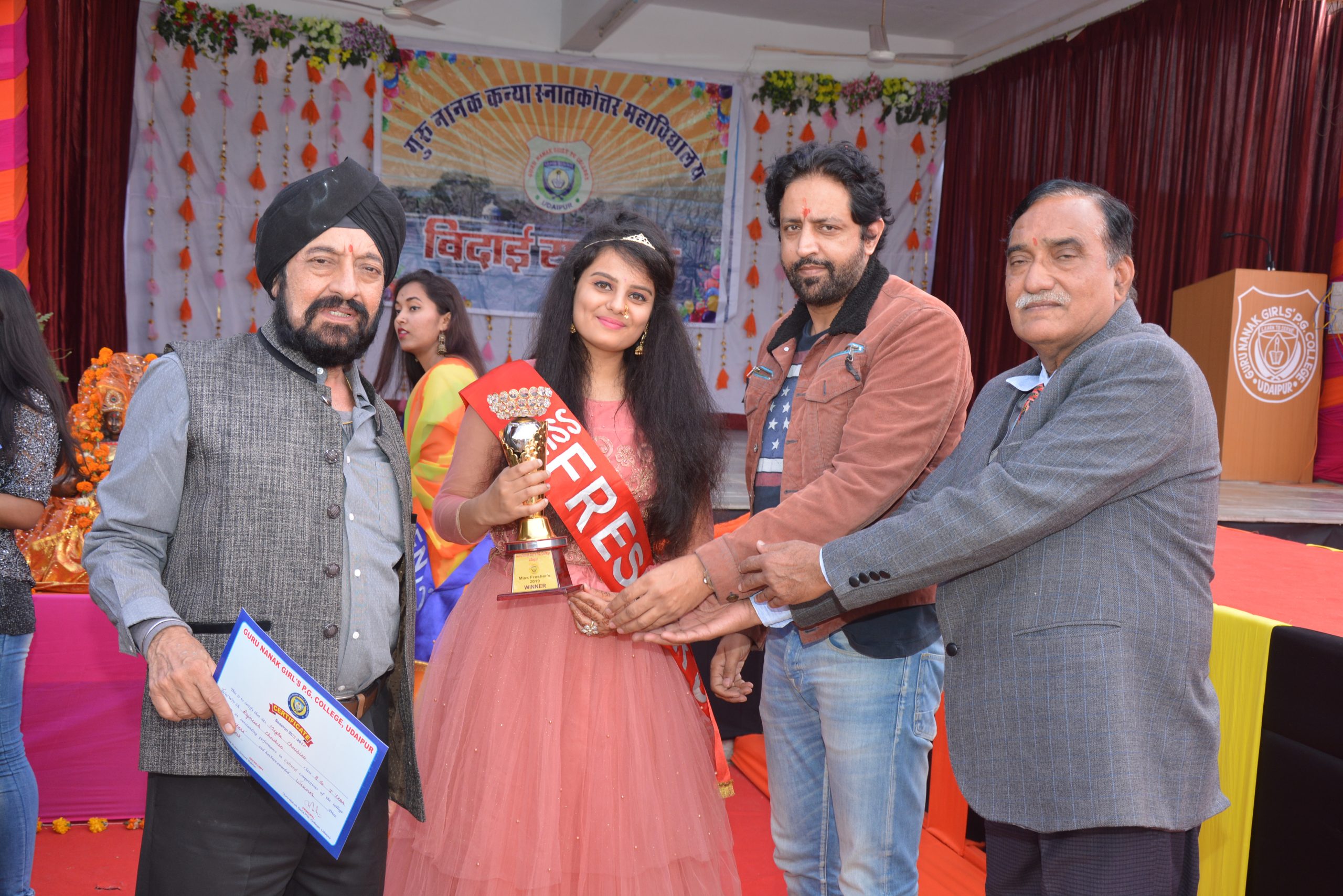 On the third day of the cultural programme dance and song competitions were organised in which students participated with full energy on foot-tapping bollywood and Hollywood songs. In solo dance competitions Dhanvi pandya, Tanjim Khan and Shristi Sharma were ranked first, second and third. Where as Khashi Bhanwat memorised everyone with her voice and stood first and same in the series Priya Chouhan and Shristi Sharma stood second and third. The entire campus was filled with high energy and zest. Nisha Solanki & Group stood first for their energetic performance.

On the fourth day of Paniharin various dance competitions were organized. 34 girls participated in the solo folk dance, group dance, and duet dance. A spectacular dance performance was presented by Bhamini and group dedicated to the martyas of our country. There was a big round of applause from the audience.

On the last day of the cultural program farewell party was organised for the final year students of the college in various streams. Shri Amarpal Singh Ji Pahwa, Secretary, Vice President Shri Charanjeet Singh ji Dhillon were present for the occasion. Principal Prof. N.S. Rathore blessed the outgoing college students. The programme ended with delicious lunch hosted for the students.